Weed for Wellness in the New Year 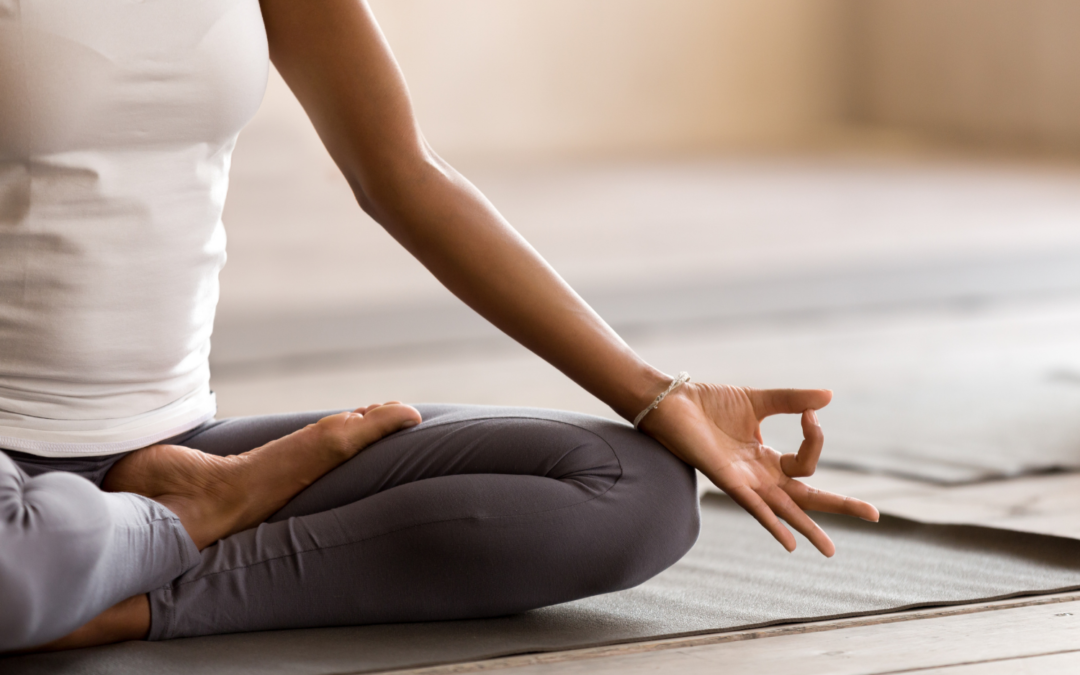 New Year’s resolutions, however abstract they may be, exist to invigorate and inspire individuals to take on a new chapter of their lives. In the midst of a raging pandemic, it is even more important to resist neglecting such traditions in order to overcome the feelings of tedium and monotony brought out by COVID-19. Fortunately, as an essential business, Mammoth Holistics continues to serve consumers with the cannabis products they need to make it through. Not only that, but cannabis can even be a useful tool for helping consumers feel refreshed and ready to tackle their resolutions in the New Year. Read on for several of the ways cannabis can help you stick to your routines and reach your goals.

Research shows that contrary to popular belief, the euphoric feeling you get after exercising (the “runner’s high”) may be caused more by the body’s release of naturally-occurring endocannabinoids than by endorphins. For example, studies in humans and dogs show that moderate-to-intense aerobic exercise results in higher levels of endocannabinoids circulating in the body. This is significant given that endocannabinoid signaling activates reward centers of the brain, instilling sensations of euphoria, pain relief, sedation, and general feelings of well-being (many of the same effects one may feel after consuming cannabis). The reason for this phenomenon is thought to be motivational. Animals that evolved to rely upon endurance exercise for survival—including humans—are more likely to repeat high-intensity activities if they experience a reward sensation after. By activating these same reward centers, plant-derived cannabinoids show promise as a tool for helping people stick to their exercise regimens. 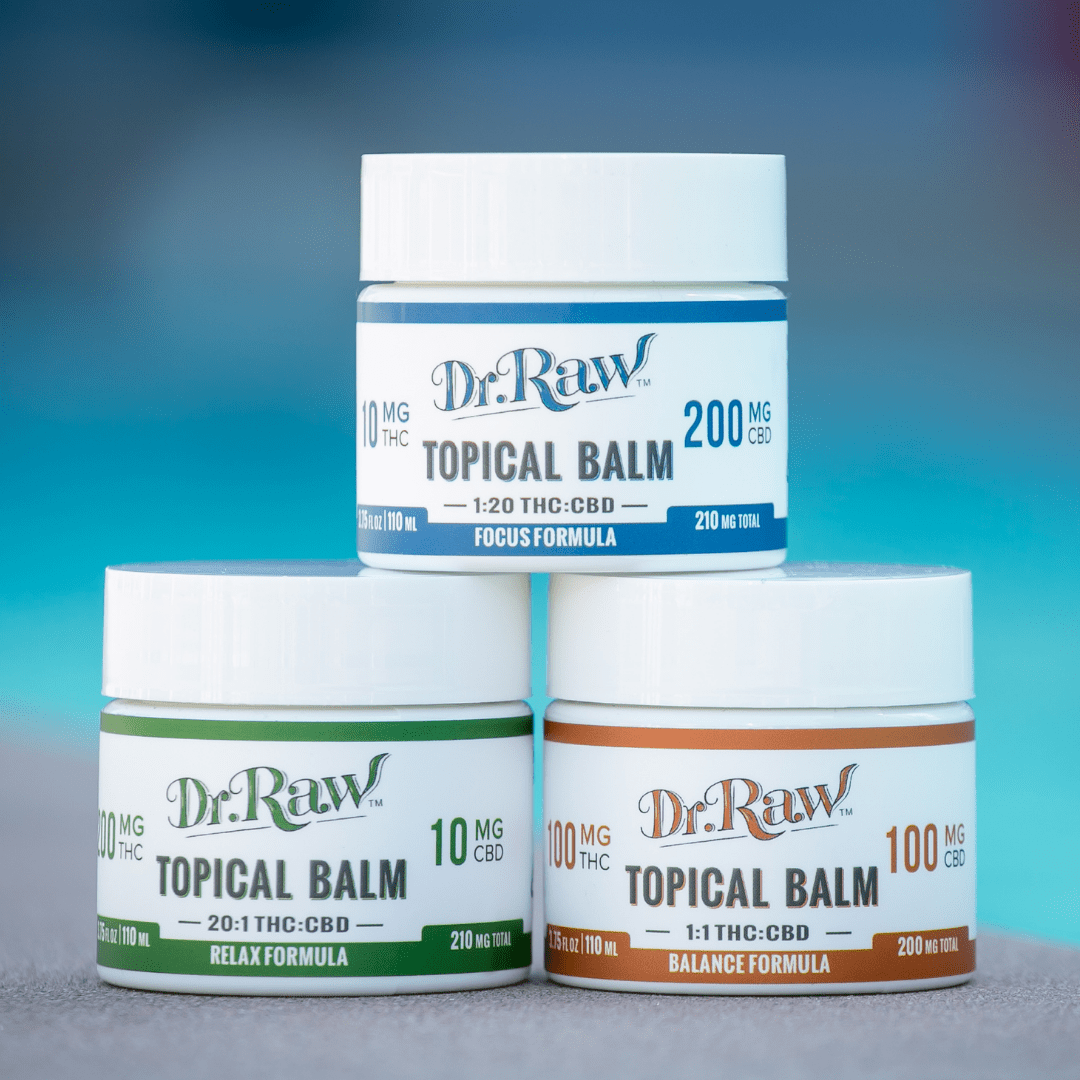 In addition to cannabis’ ability to motivate, certain products can enhance recovery post-workout. A favorite among athletes is the cannabis topical. These balms, salves, and lotions can be applied directly to sore muscles and achy joints for targeted, non-intoxicating relief. Or, enhance your recovery even further by sipping on a cannabis-infused beverage to rehydrate as you slip into relaxation. Whatever your preferred consumption method, the next time you go out for a bit of aerobic exercise, try incorporating a little cannabis and you may find it easier to lace up again the next day.

If you have trouble maintaining a healthy diet or losing weight, you are not alone. Western diets are high in processed sugars and low in healthy fats, which can lead to the buildup of chronic inflammation in the body. This can in turn lead to metabolic disorders such as obesity, cardiovascular disease, and diabetes, to name a few. Researchers speculate that the root cause of these conditions involves dysregulation of the endocannabinoid system (ECS), a complex network of receptors that works to keep our bodies in a perpetual state of homeostasis.

Fortunately, endocannabinoid tone can be improved through diet, exercise, and cannabis. Indeed, studies indicate that cannabis users tend to have slightly lower body mass indices (BMIs) compared to non-users, as well as lower rates of obesity. There are several reasons why this could be the case. Activation of cannabinoid receptor 2 (CB2)—the target receptor of CBD—suppresses appetite-inducing hormones, regulates insulin production, and can even counteract the dreaded “munchies.” Cannabinoids are also associated with the conversion of white fat into brown fat tissue, the latter of which burns more calories at a resting state than the former. Finally, the ECS is known for its ability to regulate inflammatory pathways which, as mentioned previously, are associated with numerous metabolic disorders. One of the most well-known benefits of CBD is its anti-inflammatory properties, but there are other molecular targets that can impact inflammation as well. For instance, beta-caryophyllene—a terpene found in cannabis as well as foods and spices such leafy greens, black pepper, and cloves—has well-documented anti-inflammatory effects in the body.

While cannabis can help supplement deficits caused by dysregulation of the ECS, it is important to adopt a diet that supports a healthy ECS as well. Without the building blocks of the ECS—fat-based cannabinoid receptors—these compounds cannot achieve their full therapeutic potential. Several ECS-enhancing foods include those rich in omega-3 fatty acids (abundant in hempseed oil, walnuts, and fish), tea, spices, vegetables, and dark chocolate (in modest amounts).

In sum, those looking to eat healthier or lose weight might benefit from incorporating a little more “green” into their diet (in more ways than one).

The holiday season is stressful enough as it is, but coupled with a pandemic, never has it been more important to place mindfulness and self-care at the top of your list of priorities going into the New Year.

For those new to the concept, mindfulness is the state of being completely attuned to the present moment, unencumbered by worries about the past or future. There are many ways to practice mindfulness, such as by meditating, creating art, listening to music, or simply setting aside some time to completely relax. While every individual has their own preference for mindfulness practice, the basic biological premise behind it involves changing neurological pathways in a way that promotes new ways of thinking and responding to stress. The term for this phenomenon is neuroplasticity, and the human brain is remarkably good at it.

The ECS, too, is a critical part of the mechanisms underlying neuroplasticity. Cannabinoid receptor activity in the brain is involved in creating and protecting brain cells, storing memories, responding to fear and stress, learning, and much more. Within the scientific community, it is speculated that these biological processes are the reason many individuals find cannabis can alleviate symptoms of stress, anxiety, and depression.

Needless to say, many consumers swear by coupling cannabis with mindfulness practice, claiming that together they work to open up the mind to new ways of thinking. If you are looking to reduce your stress going into the New Year, consider establishing a mindfulness routine with cannabis. Check in with yourself—how stressed were you feeling before you started? After? Do you find yourself responding to stress differently? As always, it is important to experiment to find a product and regimen that works best for you.

Okay, this one is more anecdotal than science-based, but many cannabis consumers (myself included) report spending hours deep-cleaning and decluttering after a sesh. While no studies have looked at people’s cleaning habits as they relate to cannabis consumption, the lived experiences of thousands of happy roommates serve as an antidote to the misconception that people turn into lazy, fat slobs after a single toke of the Devil’s Lettuce. Certainly there are many strains that can induce feelings of relaxation and sleepiness (more commonly indica strains); however, there are at least as many that can energize and uplift (more commonly sativa strains). While no one experiences cannabis in the exact same way, the benefit of living in a state with a recreational cannabis market is that consumers can experiment with a broad range of products to find one that imparts a desired effect. Be sure to set yourself up for success: bust out the broom and turn up the tunes as you light up. Given the right product, the rest will come naturally.

There is a new trend taking Californian’s by storm, and it refers to those who have gone “Cali Sober.” The term means to abstain from all drugs, with the exception of marijuana. While the concept may seem contradictory—after all, Prohibitionists have argued for decades that cannabis is a gateway drug to other, more harmful substances—the reality could not be farther from the truth. In fact, some now refer to cannabis (particularly CBD) as an “exit drug” due to its ability to reduce cravings associated with alcohol, opioids, and cocaine. In addition, one study found that regular consumption of CBD was associated with a 40% reduction in the number of cigarettes smoked per day. 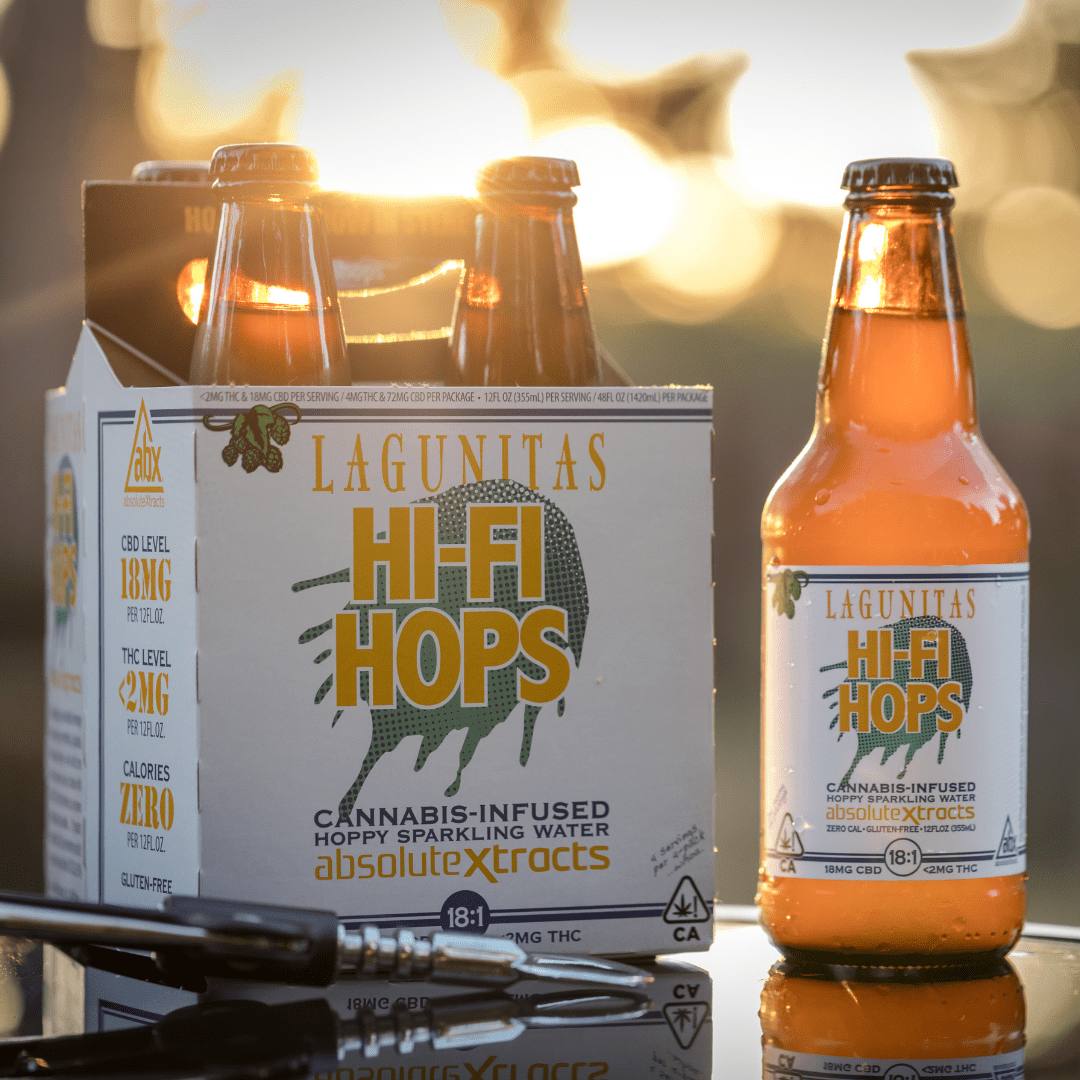 While more research is needed to assess the impact of cannabis consumption on addiction, preliminary findings suggest that it serves as a promising tool for helping people kick (or at least reduce) their smoking and/or drinking habits. Can’t bear to part with your cigarettes or six packs? Many of the brands carried at Mammoth Holistics understand how challenging it can be, which is why consumers can find products such as hop-flavored six packs, rosé-inspired sparklers, pre-roll packs, and vape pens to help manage cravings while maintaining the Cali Sober lifestyle.

Pick Up a New Hobby

Need an activity to keep you from going stir-crazy at home? Try picking up a new hobby. Not only will it keep you occupied, but studies show that finding an activity that A) you enjoy, and B) challenges you enough to develop a new skill set is the perfect recipe for entering a state of flow. Flow—or optimal experience, as it is called by psychologists—is defined as a state that results from engaging in an activity that challenges the individual to cultivate a skill, making it intrinsically rewarding. Being in such a state allows the individual to transcend self-consciousness and performance anxiety. Sound familiar? Flow encourages neuroplastic behavior in the brain, opening up new ways of thinking and processing difficult emotions.

Interestingly, studies show that being in a state of flow is characterized by the release of anandamide—an endocannabinoid mimicked by plant-based THC. As a result, one can infer that consuming cannabis facilitates entry into a flow state. Ever wonder why some of the best music, poetry, and cinema came out of the hippie era? The answer may be right in front of you, on the shelves of your local dispensary.

Regardless of your opinions on Yoko Ono or the Grateful Dead, the next time you are inspired to pick up the paintbrush, the pen, or the piccolo, try partaking in a little pot and it just might help to get the creative juices flowing.

This year, avoid falling prey to the destructive forces of apathy and disinterest by using cannabis to enhance your New Year’s routines. While it may take some experimentation to find a product that works best for your needs, rest assured knowing that Mammoth Holistics’ passionate cannabis consultants are available to help you along the way. Happy New Year from your family at Mammoth Holistics!

These statements have not been evaluated by the FDA. Nothing said, done, typed, printed or reproduced by Mammoth Holistics is intended to diagnose, prescribe, treat or take the place of a licensed physician. 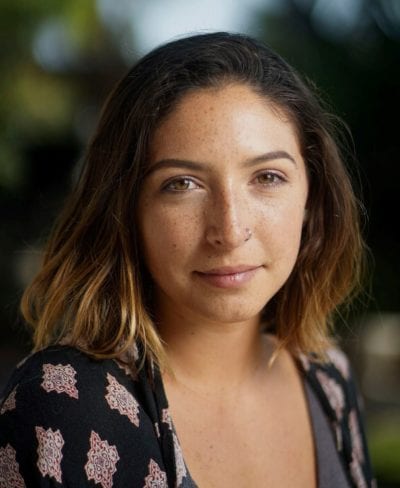 Shelby Huffaker is the Lead Cannabis Educator for both Torrey Holistics and Mammoth Holistics. As a passionate advocate for cannabis research, social equity, and sustainability within the industry, she is committed to sharing her findings with the general public. Huffaker’s notable achievements include speaking at the San Diego Union Tribune’s Successful Aging Expo and co-organizing the GoodLife Seminar Series, the first cannabis education event held at the Del Mar Fairgrounds.